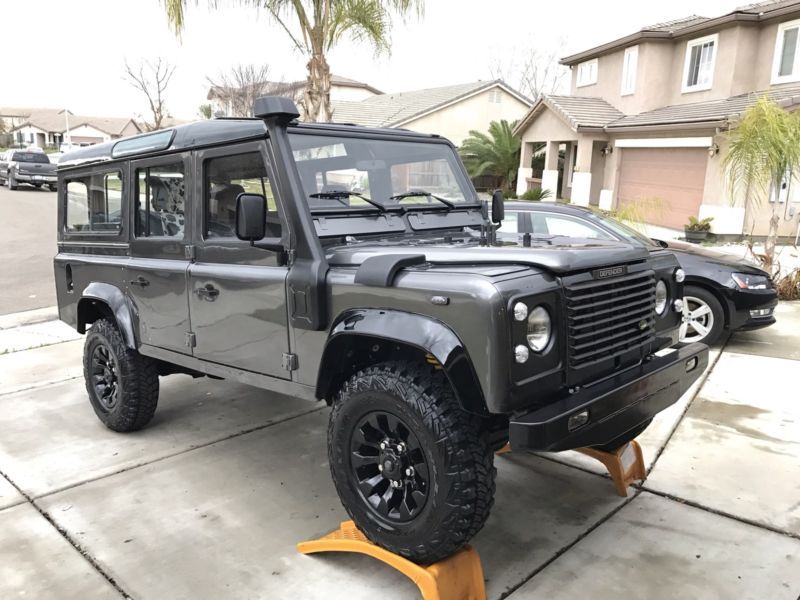 This is a 1986 Land Rover 110; otherwise known as a Defender 110. It has an upgraded power train with a 300 Tdi
(Turbo Diesel) engine and power steering. It has four side doors and one rear door and seats nine people.

Own a piece of history! The Land Rover Defender line is now shut down. As of February 2016, Land Rover stopped
making this classic vehicle. The Defender is only going to increase in value. Since the Series vehicles have been
produced after WWII, nearly two-thirds of all Land Rover Series/Defenders are still on the road; a testament to
their design and durability and the love of their owners to keep them going. The frame and bulkhead are steel, but
the body is aluminum, which contributes to its longevity due to its inherent defense against corrosion.