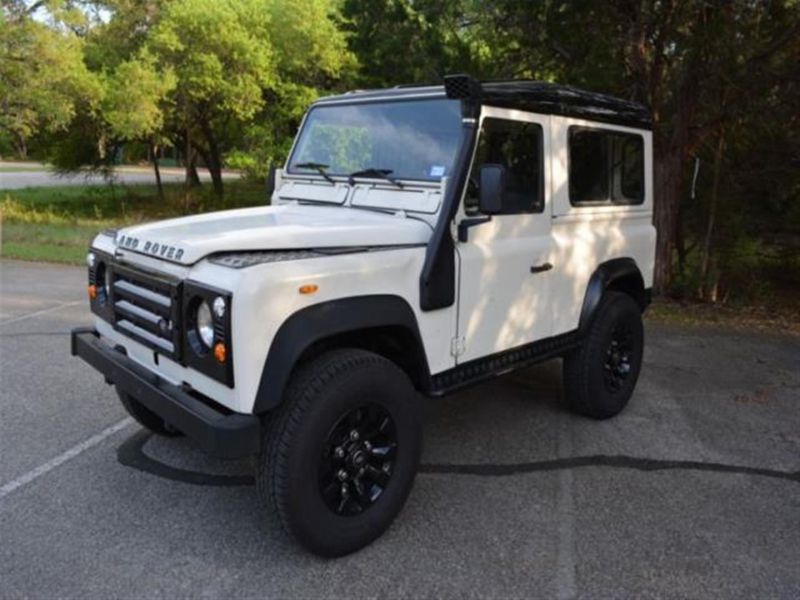 eMail me for more details : LesaMatrasbmec@yahoo.com

1987 Land Rover Defender 90, 200TDI Turbo Diesel, 5 Speed Manual, Factory LeftHand Drive. Located in Austin, TX. This truck is a turn key driver. I just droveit on a 400 mile round trip at 70mph. It is not perfect, as it is 30 years oldand has the original paint. It has a few scrapes, dings, and blemishes in thepaint. I searched for the Defender I wanted for several years. I finally locatedit in Spain. I purchased it, and shipped it from Barcelona to Galveston, TX. TheDefender is now registered, titled, and inspected in Texas as a 1987 Land RoverDefender 90. The truck was originally equipped with a 19J Turbo Diesel. Theseengines are not designed for USA highway speed and bit the dust in a month. Iresearched replacement engines and went with a low mileage Land Rover Defender200 TDI. This uses the same transmission and motor mounts, and is an updatedDefender engine used in later model trucks. This engine includes an intercooler,which is not offered with the original 19J Turbo Diesel. This engine has muchmore power and reliability than the 19J. It is leaps and bounds ahead of the oldmotor. History of the truck: This is a factory Left Hand Drive truck originallysold in Italy. The truck stayed in Italy until 2001 when it was purchased anddriven to Barcelona, Spain. I purchased this truck in 2015 in Barcelona. It wasexactly what I was looking for - LHD from a dry climate, footwells and doorbottoms are in great shape with no rust.