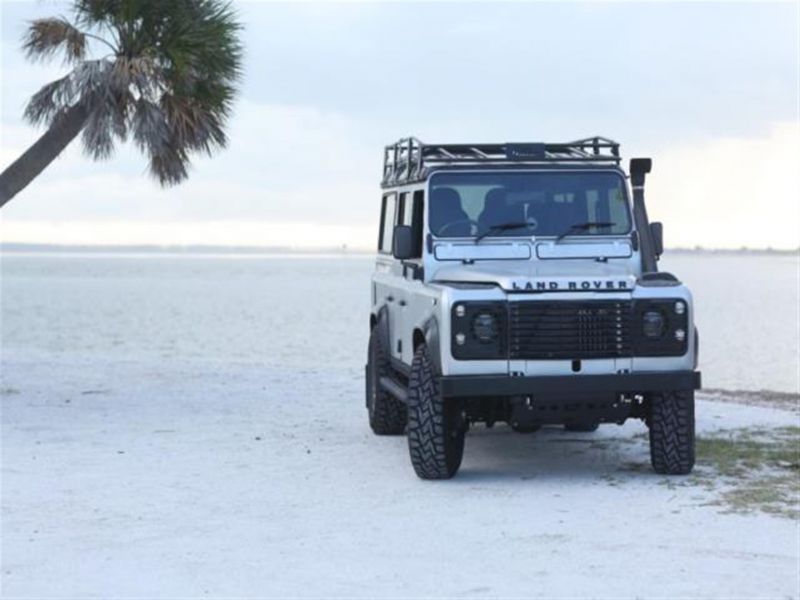 Hello, Selling my 1989 Land Rover Defender 110 County Station Wagon. ***NORESERVE***I bought and imported the truck from England. I have all Valid Customsand EPA Paperwork. Vehicle has original Chassis and matching Rolling Chassis has ~190k miles. I ditched the originalanemic 2.5l Diesel Turbo, and replaced it with a 2011 Chevrolet 5.3L LC9 V8Mated to a (6L80e) 6 speed automatic Transmission from a Chevy Silverado!Vehicle is still Full Time AWD as the factory LT230 transfer case is still inplace. Engine has ~31,500 miles.Truck has all new seats from Exmoor trim,including a forward facing 3rd row that can be folded up and stowed. 2nd Row has2 Captains chairs. The middle seat is not installed to provide access to the 3rdrow, but frame will be included with sale.5 Brand new 16 in wheels and tireshave been installed. Nice wheels are almost impossible to find, as no one makesa 5x6.5 bolt pattern anymore. Tires are 265/85/16 Toyo RT. 5 Stock wheels andtires are included in sale.Also installed are a Masai full length expeditionroof rack, Masai spare wheel carrier, Masai rear lamp guard with ladder, andMasai head light guards.All lights have been replaced with LED's. tail/brake lights, turn signals, parking lights, and reverse lights.Also new are fuel gauge, oil pressure, and water temp gauges, again with LEDlighting. Breaking the speed limit is actually possible now, and the truckdrives great at highway speeds and around town.Paint is New and Modeled afterthe 2015 Defender Black Pack edition.Truck is a real head turner, especiallybeing RHD. Even the Porsche and Ferrari owners commented on the rarity at thelast cars and coffee event I took it to.
Any questions at : KatheHongoiuhk@yahoo.com