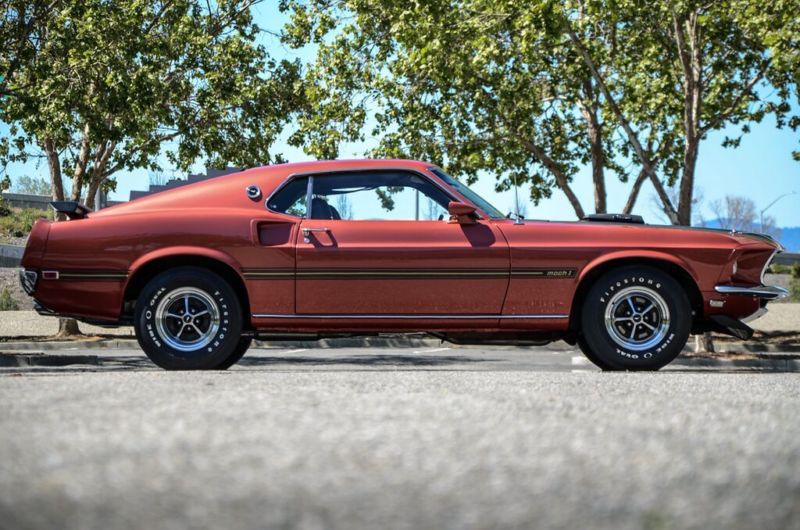 More infos regarding my cat at: gisellefunt@gmx.us . This 1969 Ford Mustang Mach1 comes with it's deluxe Marti Report documenting this is one rare Mustang. It's got the 428/360 HP Super Cobra Jet engine, 4-speeed manual transmission, 4.30 "Detroit Locker " rear axle. It retains it's original drivetrain and is restored to a very high standard. Finished in the original Indian Fire Red finish and black Clarion Knit Vinyl Mach1 bucket seats with center console and full gauges. Completely Rust free. No accident damage ever. Show ready. Runs and drives great. Current California registration and clear CA title. This is the ultimate Mach1 Mustang.