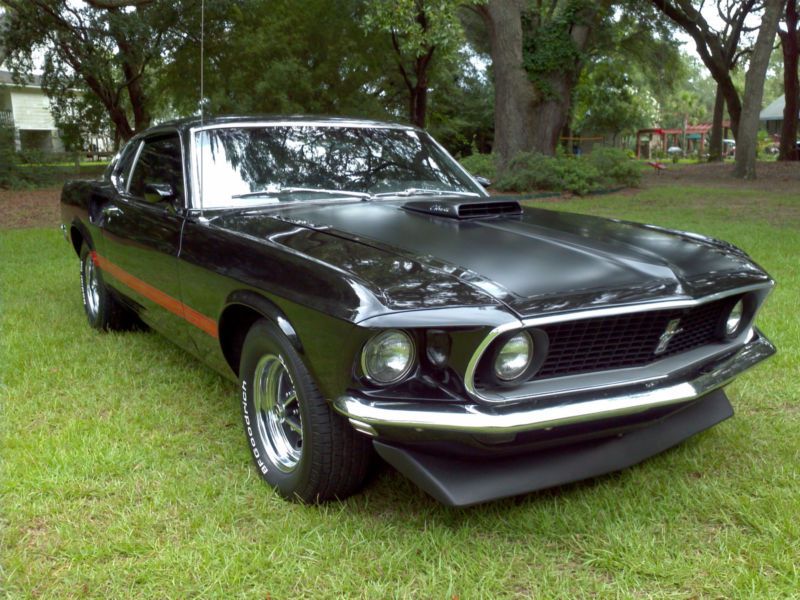 Beautifully restored 1969 Ford Mustang Mach1 428 CJ, R-code 4 speed, Ram Air, Shaker Hood complete with Marti Report. Everything about this car is as close to perfect as you can get without being a trailer queen. After the restoration the car has been garaged in a climate controlled garage and is taken on frequent drives and car shows. The engine block date is April 18th, 12 days before production of the car, and has been completely rebuilt less than 4000 miles ago. The paint is in excellent condition and is the correct color, Raven Black.

The Interior is also in excellent condition and is the correct black interior. The door panels and dash have no cracks or wear. This is a power steering/Power Disc brake car