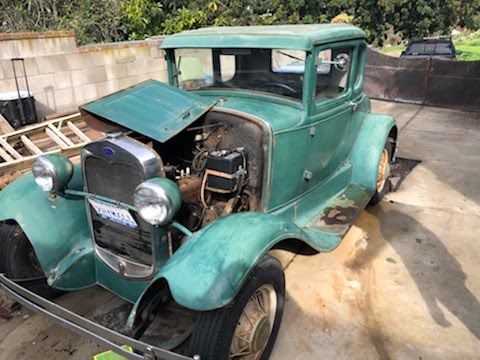 3rd owner California car, ALL STEEL. This Model A was in the same family from 1930 when it was brand new all the way to 2014! Older restoration, spare tire and rear, rumble seat, and comes with 2 boxes full of spare parts. Headliner would need to be replaced. Chrome is in great shape and there is no rust on the car.

Please call Earl at the number above to see the car, ask questions, or to make an offer. Thanks for looking!