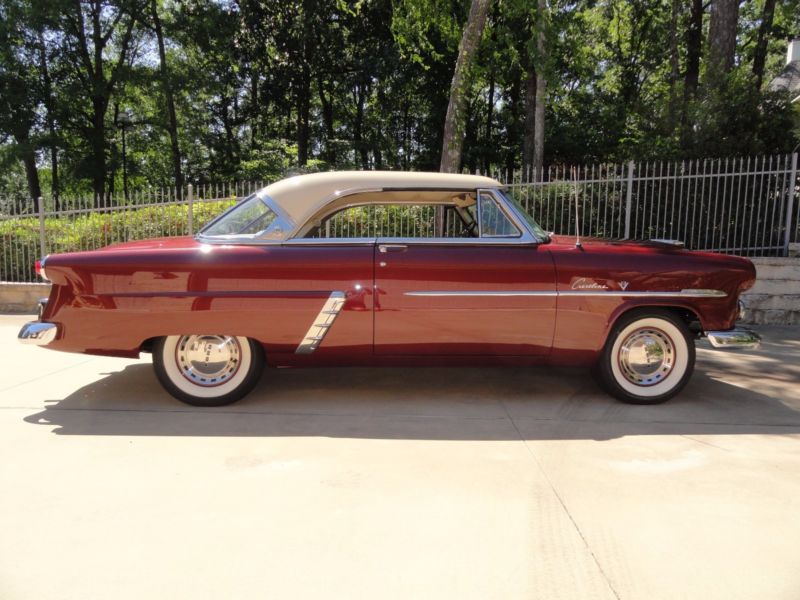 Frame was sandblasted and powder coated to better than new condition - unbelievable condition underneath this
car.
All suspension components were taken to bare metal and restored.
239 cu in Flathead Ford V8 was professionally rebuilt and overhauled to like new condition.
Fenton headers and Smitty mufflers with dual exhaust (original exhaust manifolds will come with the car).
Ford C4 3 speed automatic transmission was used for modern drive-ability and dependability (original 2 speed
Ford-a-Matic transmission will come with the car if you want it).
Interior was refinished in factory correct finishes and upholstery. The factory radio was converted to AM/FM
with iPod connection.
Body was taken down to bare metal and perfect body work and an unbelievable show quality finish was applied.
Color is Ford factory Sandpiper Beige on the roof with Carnival Red Poly applied to the body. Basecoat / Clearcoat
of course. Perfect.
This car is an example of the BEST that Ford had to offer in 1952.