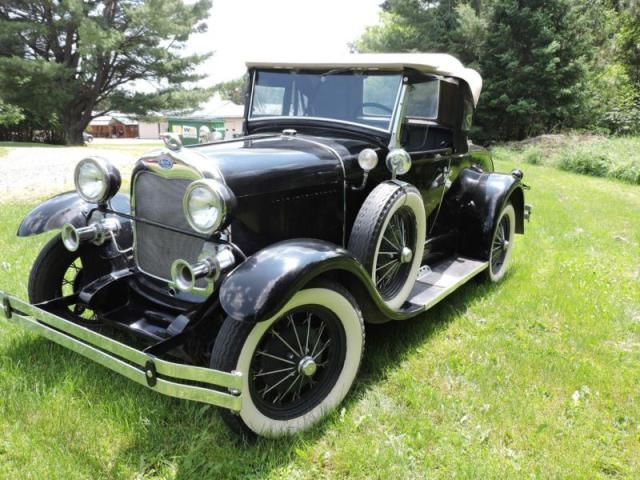 More pics and information may be obtained by emailing me at : hermanackermann3tn@expressmail.dk This Shay Model A is in Outstanding Overall Condition for the year and has ONLY 10k Original Miles!! The previous owners took Great Care of this vehicle!!
Color TransmissionONLY 10k Original Miles2 Door Coupe w/Rumble Seat2.3L 4cyl EngineAAAOOOOOOGA HornSuper Clean Inside; Out Exterior The Exterior of this vehicle is in Beautiful Overall Condition!! This Shay Model A is Black on Black with Red Pin-striping. The Convertible Top is in perfect condition with no rips or staining. The caps that cap off the holes when the top is down are still with the car as well as the original spare key. The Wooden Accordion luggage rack is in beautiful condition and folds and unfolds perfect. Side windows swivel with no hesitation. All side window curtains and enclosures are present and in excellent condition with all snaps and hardware. Tires appear to be original and show weather checking on side walls.