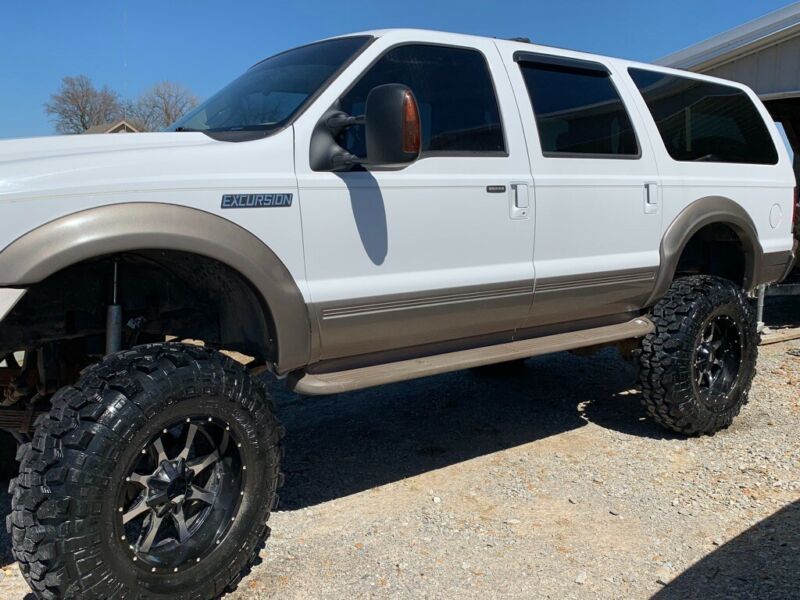 This is an absolute gem and a beast if you need one. It has very low original miles and is in perfect working
condition. It has tons of power with no leaks. All the fluids are new and the excursion is ready to run down the
highway or take you anywhere off road. I haven’t seen a better excursion for sale in a very long time. The
suspension is a 10 inch BDS and only a year old and the excursion drives down the highway as fast and as straight
as any car on the road. Tires and wheels are new. The 40 inch super swampers are mounted on 20 inch moto metal
wheels. The winch is new and has never been used. The vehicle is loaded with all the options including heated
seats, DVD entertainment system, Bluetooth stereo and much more. The seats and upholstery are in great condition
with no tears or the usual worn places.