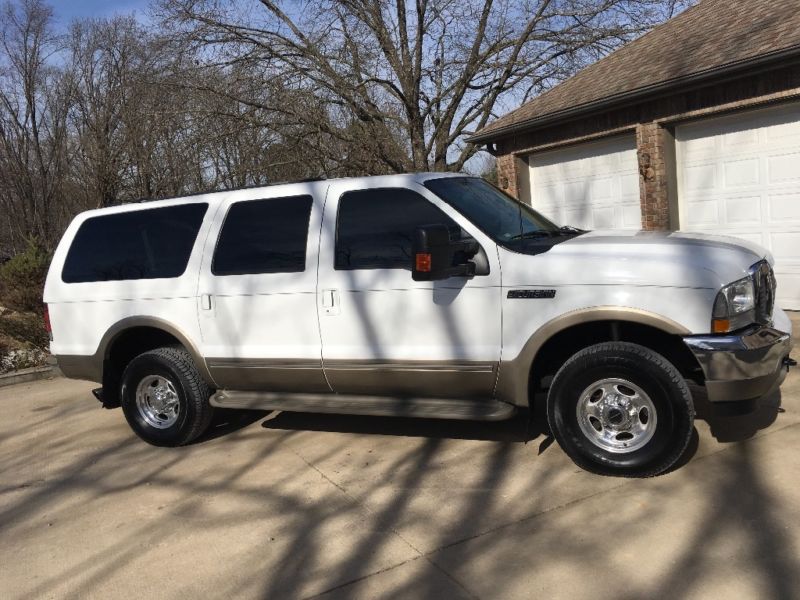 Selling my 2002 Ford Excursion 4x4 7.3 Diesel. This is a beautiful hard to find SUV fully loaded new tires, no
accidents must see and drive only just over 102k miles. The brown leather interior is in great condition. After
market tow mirrors best visibility on the market. If you buy this Excursion and are not 100% satisfied your deposit
will be refunded. I want the individual who buys this to enjoy it.