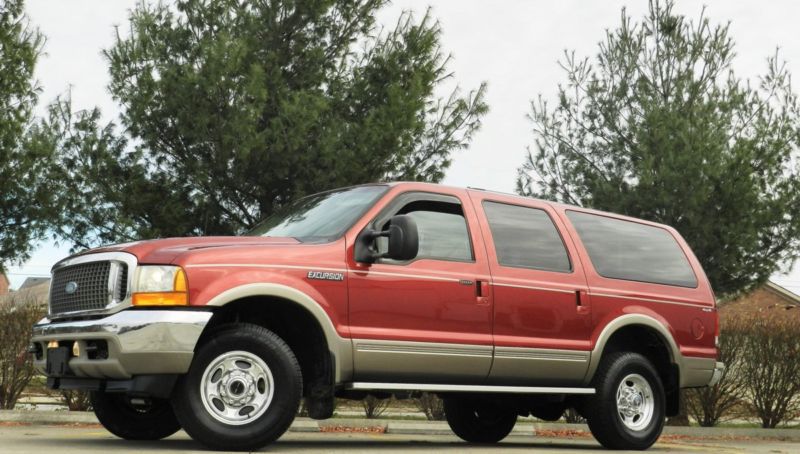 ANY QUESTIONS JUST EMAIL ME: tandytwwilbourn@fulhamfans.com .

2001 Ford Excursion
4x4 Limited
7.3 Liter Power Stroke Diesel / Automatic Transmission
VIN# 1FMSU43F51EC54646
This Excursion is in beautiful condition and only has 81, 777 original miles! It's as nice as any SUV we've ever
had. It is in great shape inside and out - CLEAN, CLEAN, CLEAN! Garage kept and meticulously maintained. Limited
4x4 with the 7.3 liter Power Stroke diesel and plenty of room for everything and everybody. 4x4 capability and all
the comforts and conveniences of a Limited. An excellent full size SUV for daily use or long distance travel. Ready
to go!
7.3 Liter Power Stroke Diesel Engine
Automatic Transmission
Four Wheel Drive
Limited Package
Power Driver's Seat