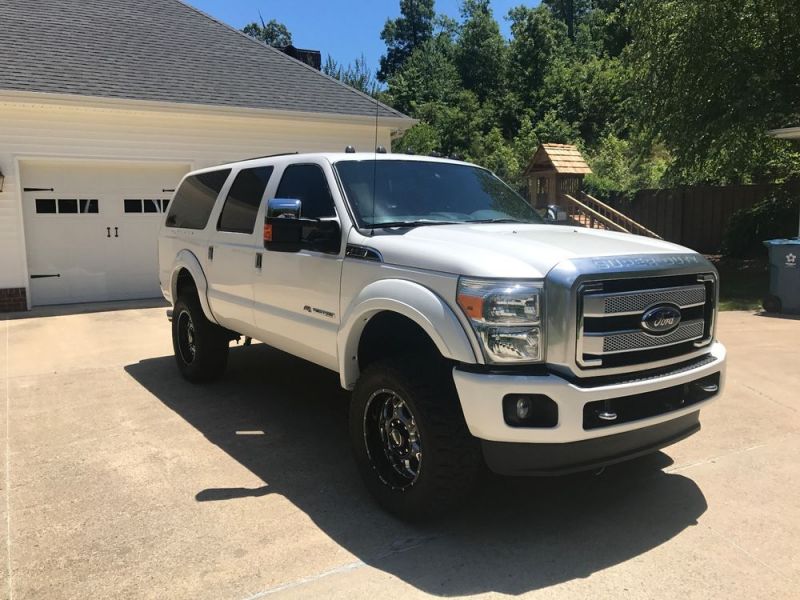 This vehicle started life out as a 2014 Platinum F250 4x4 Diesel, and was professionally built into an excursion. Everything works like factory including the heated and cooled seats, the heated steering wheel, power extending heated towing mirrors, factory back up cam, factory back up sensors, rear air controls, factory trailer brake controller & factory navigation, It still has the F250 rear end and suspension & the factory electric rear locker works perfect. It has a leveling kit with almost new 35x12.50R20 Mickey Thompson Baja ATZ P3 10ply tires & brand new SOTA wheels. It also has AMP power running board. Alpine flip down DVD Player.