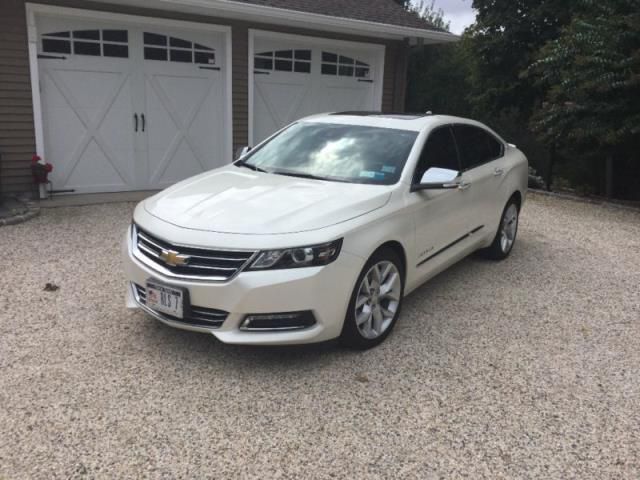 Essentially brand new Impala on sale for 35% off original sticker. Even if you can afford new, why not pocket the $14k? Mint and absolutely loaded 2014 Impala in showroom condition with only 4,800 miles. Several Car of the year awards including Best Sedan by Consumer Reports. Mechanically and ascetically perfect. Under bumper-to-bumper warranty until Spring 2017 and powertrain warranty until Spring 2019. You will not be able to tell the difference from a brand new car. Car has been continuously garaged -- not a scratch to be found inside or out and still has that new car smell. Original owner, non-smoker, no accidents, clean Car Fax. Loaded with every bell and whistle that is available plus special ordered white diamond paint, custom pin stripping and tinted windows. Leather, navigation, Bose sound system, heated and cooled seats, sunroof, heated steering wheel, 19 alloy wheels are just a few of the major features. Full list of equipment in picture of original sticker attached. You have to see it to believe it.