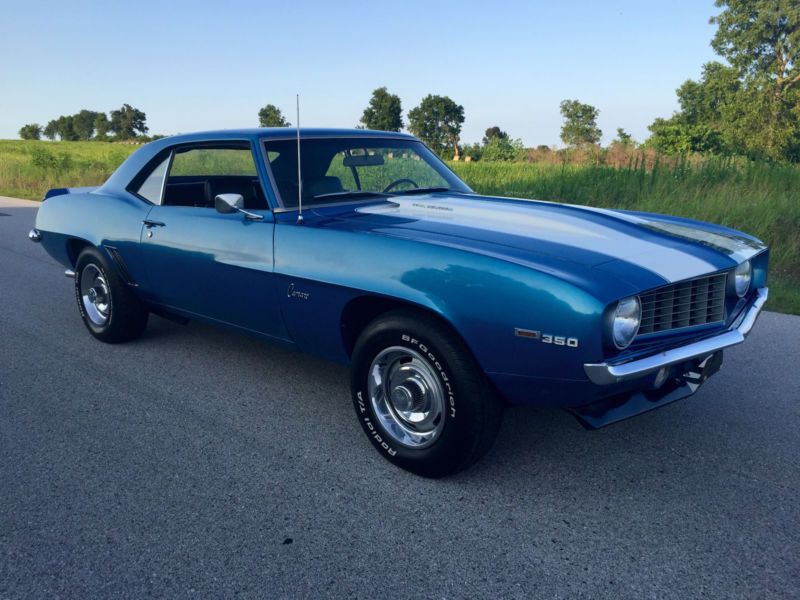 Camaro Z28 Tribute. The car has a strong running 350 under the hood with an automatic
transmission. Original rally wheels wrapped in BFGoodrich tires that are like new. The car has been painted within
the last couple years and would rate the paint a 7 out of 10. The paint has a very good shine to it. The interior
has blue vinyl seats that are in very decent shape. Rose wood simulated steering wheel. The car has a very good
sounding stereo system. If you are looking for a show car, this is not the car for you. If you are looking for a
great and presentable driver, this is your car