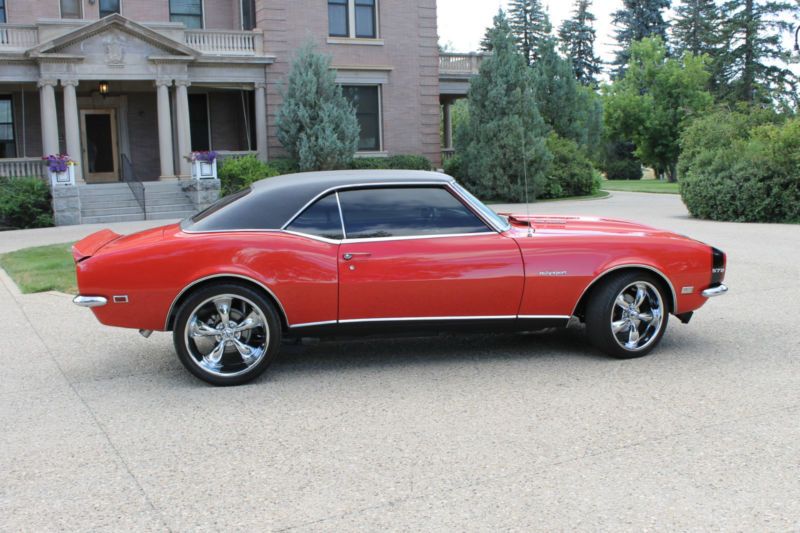 It has a new crate 572/620 HP motor, March Serpentine front runner, power steering, 4 wheel disc brakes, pro built
400 auto trans with correct connector, heavy duty moser 12 bolt rear end, tubular upper and lower with coil over
front suspension, new rear suspension with QA1 shock absorbers, coys wheels, custom gauges, cheetah slap shifter,
dual optima batteries in the trunk and probably more that I am forgetting. It was put on a rotisserie, the car was
soda blasted and painted. It Dupont Cardinal Red with the black stripe laid in before the clear. It has been cut
and buffed to a show finish. There is minor nicks and small scratches from getting in and out of the driver side
which could be touched up for not much. The interior has also been completely restored; from the headliner to
carpet, doors, dash, seats, console, etc.