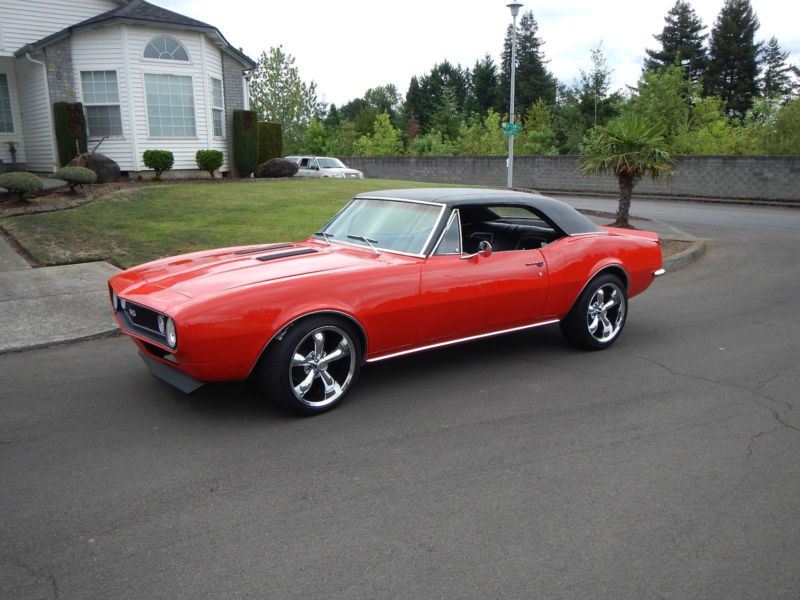 1967 CAMARO 350/M21 4SPEED PS/PB POSI GROUND UP MUST SEE.SHOW CAR!! HIGHLY DETAILD INSIDE AND OUT
THIS CAR SPEAKS FOR ITSELF, LOOK AT THE PICTURES ALWAYS GARAGED,
THIS 1967 CAMARO HAS BEEN VERY WELL MAINTAINED
THE PAINT ON THIS BEAUTY IS A SUPER GLOSS PAINT WITH BLACK DELUXE INTERIOR .THIS CAR IS TRULY GORGEOUS CAR.
THIS CAR HAS THE LOOK OF TRUE MUSCLE. IT TURNS HEADS AT EVERY LIGHT.
IT SOUNDS LIKE A MUSCLE CAR WITH A QUALITY DEEP THROATY SOUND.
RUNS AND DRIVES LIKE A DREAM. GET IN TURN THE KEY AND GO. IT STARTS LIKE ANEW CAR.THIS IS A VERY NICE CAMARO
IT IS VERY SOLID AND THAT THE MOTOR/TRANSMISSION ARE TIGHT. THIS IS A TRULY BEAUTIFUL 1967 CAMARO.
THIS CAMARO WAS RESTORED FROM TOP TO BOTTOM.WHAT’S BEEN DONE IS QUALITY.
LOTS OF NEW STUFF......