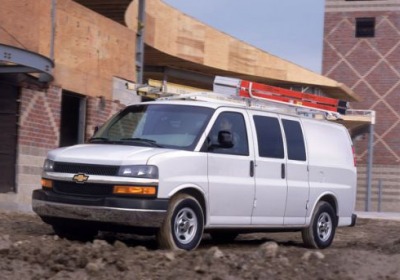 'Tis the season... for road salt. And with that, comes rust. And what does rust bring? Well, for Ford and General Motors, a National Highway Traffic Safety Administration investigation. According to The Detroit News, NHTSA is looking into potential recalls issues with Chevrolet Express vans and Ford Freestar minivans.


The feds have received five complaints that rust has caused leaking fuel filler pipes on 2003 Express vans. Separately, seven complaints have been filed over excessive rust in the rear wheel wells of 2004 Ford Freestar and Mercury Monterey minivans. The Freestar and Monterey went out of production in 2007. Neither issue has resulted in any crashes or injuries, according to the report.