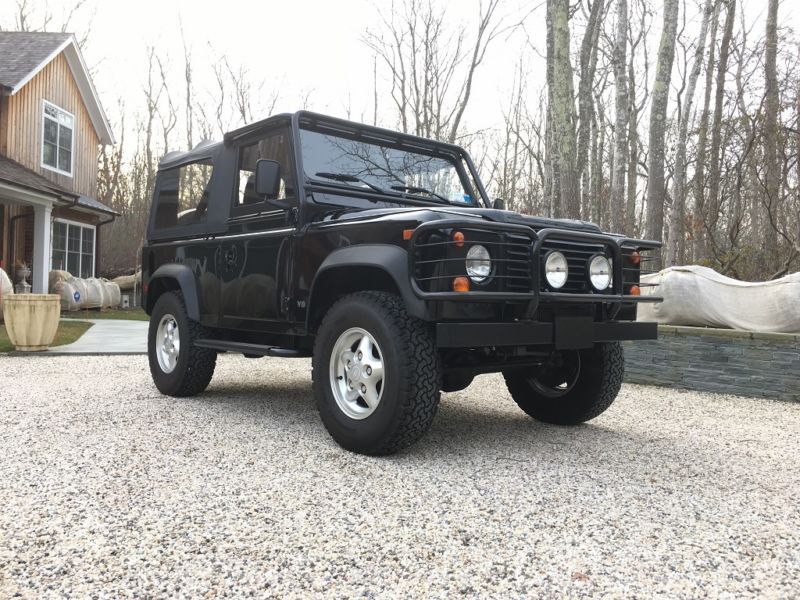 Feel free to ask me any questions about the car : manuelasachez@netzero.net .

Very rare find, completely original showroom condition unrepeatable!
If your in the market for a brand new all original low mileage 1997 Land Rover Defender 90 Model # 878 look no
further, this particular model is 1 of 1499 imported to the USA, finished in Beluga Black this is 1 of 614 ordered
in this color. This garage kept example has been lovingly cherished for all its life by its collector owner,
Hamptons summer use only, never used on the beach, never been out in the rain, never seen mud or used off-road. The
Paint is in fantastic condition no dents or scratches. The original Bestop convertible has no rips, tears, the
plastic windows are clean and clear with no haze or swirl marks, the bikini top has never been used, the interior
is unmarked and like new, A/C blows ice cold, original radio and speakers work perfectly, all the light and gauges
work perfectly, last serviced in June 2016 with mileage being recorded at 7,451, current mileage is 7,647, Car
comes with window panel holder, bikini top, tools, books, 2x door keys, 2 x ignition keys, 2 x cubby box keys,
clean Carfax. Borla exhaust fitted, trailer hitch and pre-wiring all never used. This is a very rare and
collectable Land Rover.