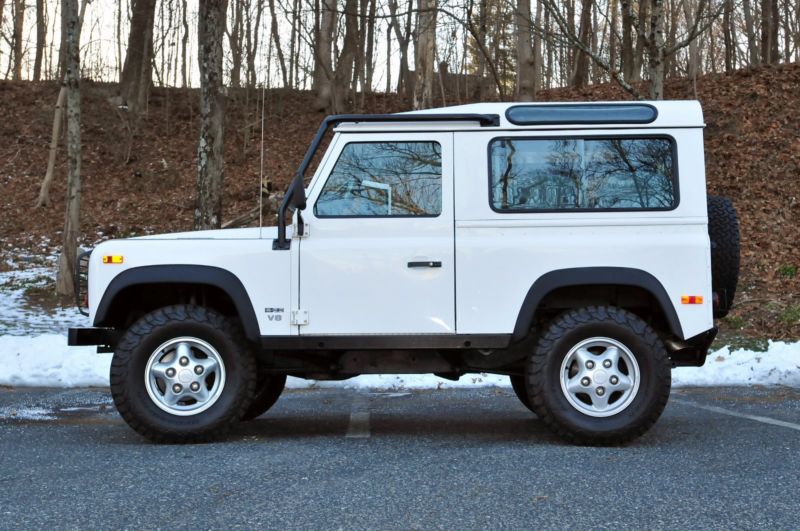 If you have more questions or want more details please email : francesfhhoyles@ukscientists.com .

1997 NAS Land Rover Defender 90. Third Owner, 71,123 Original Miles, Truck Runs and Drives Fantastic, No Issues,
Solid Frame, Flawless Interior and Headliner, Frame Just Waxoiled, Four New Tires, Two Sets of Original Keys,
Original Manuals, All Original Paint Except Inside of the Hood Which Used to Have Some Minor Rust Spots. A Very
Nice Example of a Stock NAS D90. The Pictures Speak for Themselves. Any Questions,