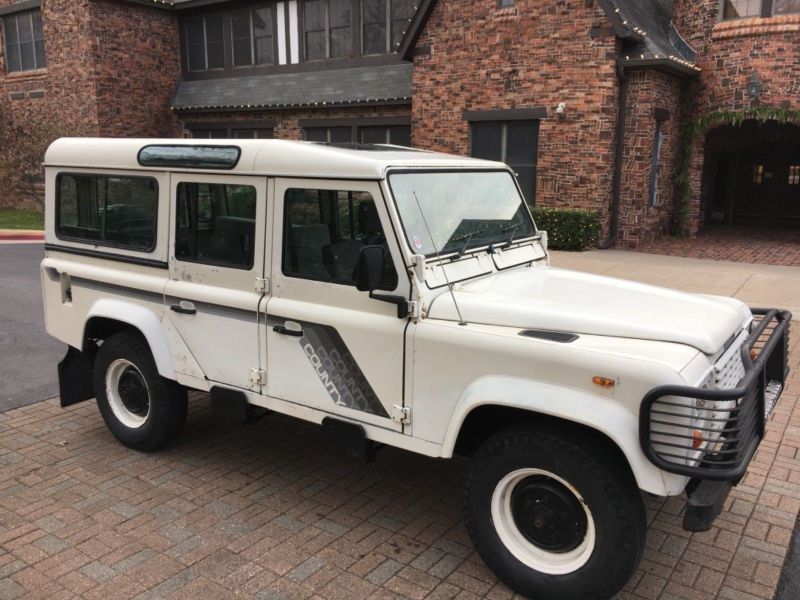 This Defender 110 is as clean as they come! Factory white with county Grey interior. Fantastic condition inside and out! Very well cared for. Everything is in working order. Serviced and ready to roll! Runs and drives great! Starts every time. Very reliable turbo diesel. This Defender is ready to take on another 30 years of being awesome! Very clean inside and out. No rust issues!