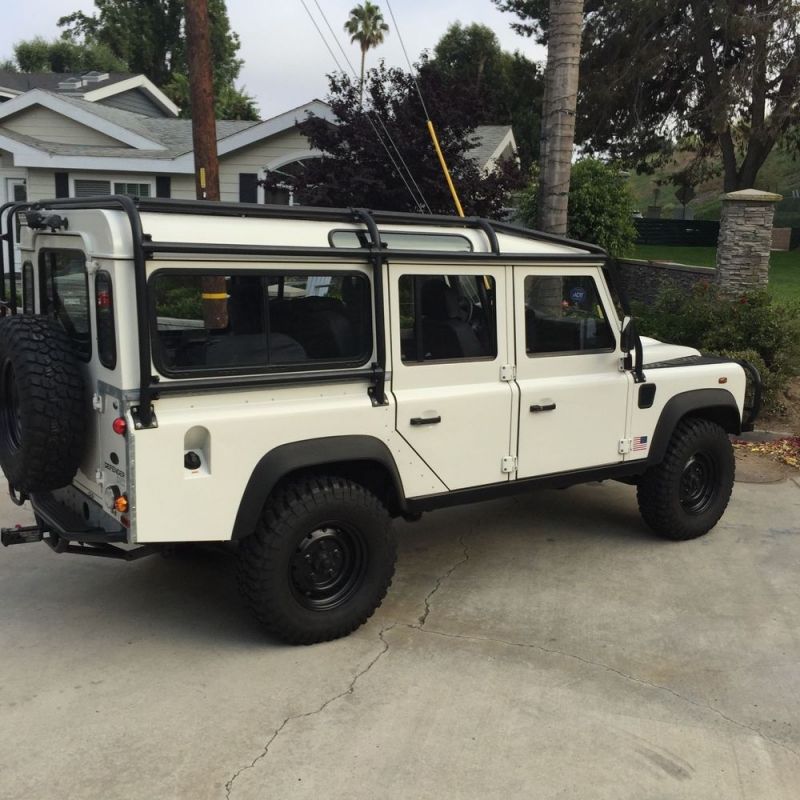 More infos regarding my car at: elmer_her@zoho.eu .

Land Rover Defender 110 1983 - California Titled with current registration
A little bit about the truck. I bought it roughly 5 or 6 years ago from a guy who did a ground up restoration to
make it long lasting and much more drive-able. This included:
Rebuilding it on a galvanized frame.
All new 2.4 drive-train, axles, etc, from a donor land rover
New body panel, doors, roof
Full new interior.
Work at ECR included:
Installation of a Safety Devices NAS 110 Cage with all galvanized underpinnings (cage feet)
Custom flat floor built into the cage so that you can walk on the roof and tie things down for travel
Safety Devices Rear Ladder - NAS 110 style that ties to cage and rear bumper
NAS 110 rear bumper - includes American style hitch receiver
Before the cage was added, ECR pulled the roof and resealed it so down the road there would be no leaks. With
that they dynamatted it to cut down on noise.
Truck cappings removed and galvanized. Theme here is longevity.
ECR/SG bumper/skid plate with three hellas - factory switches wired so you can turn them on anytime.
Rear work lamp wired to a factory switch in the dash.
Heavy duty drag link
Heavy Duty Sliders - ECR design tied to the frame
Body Color rear speaker pods that have accessory outlets.
Rearview camera wired to the rearview mirror