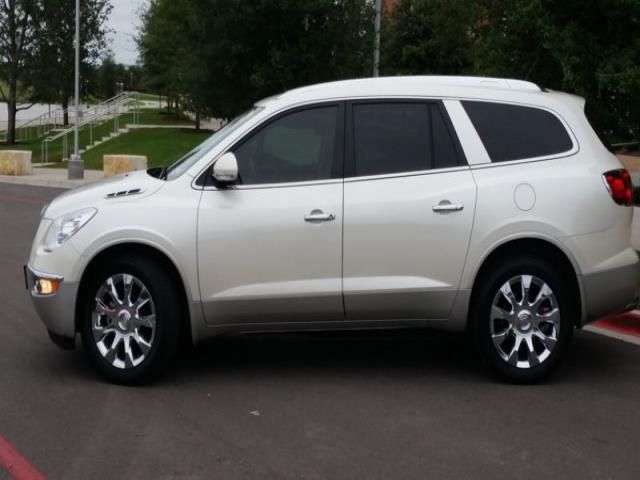 2012 Buick Enclave PremiumEvery option available except moonroof60k miles1 owner100k mile full bumper to bumper warrantyNo accidents/wrecks/body damageNavigationRear Entertainment DVD system2nd Row Bucket SeatsTan Leather100k mile full bumper to bumper warranty transferableYou are bidding on my wife's 2012 Buick Enclave Premium. We bought this new from Classic Buick GMC in Carrolton, Texas. It has every option available except moonroof. The car is in excellent condition, never had any body work or been in a wreck, washed weekly. She just upgraded to a Suburban and we no longer need this vehicle.