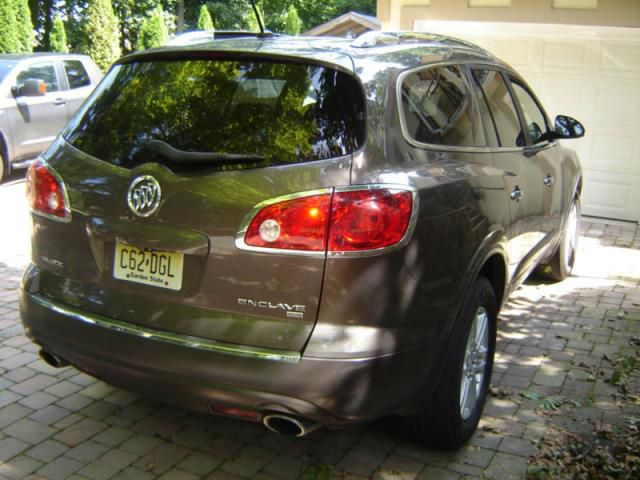 2008 Buick Enclave 2 front wheel drive , have normal wear and tear inside and out, but totally is very clean. All power features works no any complains. A/C very blows very cold. Car have no leaks and any major damage no inside, no outside. Has good tires. All power locks, windows, mirrors, mirrors all dimed, power tailgate, power front seats. digital radio, cruise control. In average local driving use 19 MPG, on the highway easy gets in to 23 MPG No accidents, 155K original miles. We are second owners. Last registered miles on CarFax report 126K. We have the report. Just tell us if you willing to see it. Call and come for test drive. Cell 7328222500 Will delivery within 100 miles