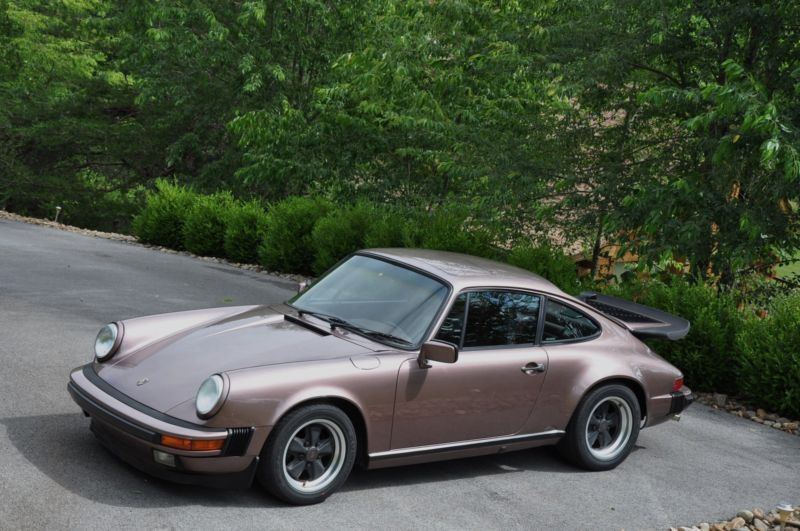 This car drives out beautifully. I have put about 1500 miles on the car after doing a major service on it (valve adjustment, oil
change, filters, spark plugs), and the car hasn't skipped a beat. Driving the car it is very smooth and tight on
the road. The power comes on smooth and strong without hesitation. Car starts up right away every time. Steering is
very tight and the 911 drives straight and firm. The G50 transmission lives up to its reputation and shifts
flawlessly up and down. Clutch feels great as well and the brakes feel like new. Inside the car, the interior is
still soft and full of life...the AC worked for awhile after it was charged but there seems to be a leak in the
system that is noticeable a week after charge. I can not find any rust on the car. This is an excellent original
car that is just a pleasure to drive. All this....rare colors combined with the well desired G50 transmission make
this late model Carrera a perfect fit for a collector or someone interested in a true classic 911. Details:
Mechanical: -Stock 3.2 which is known as one of Porsche's bulletproof engines. Engine is very strong and smooth. No
known smoke issues other than the typical 911 startup puff. Valves were just adjusted along with oil change, fuel
filter, spark plugs and general oil leaks addressed. Case is sealed up well. The engine has turbo valve covers and
cat bypass pipe as well.  Exterior: -Rare color which comes off as a slight purple/blue. It is a metallic known as
Cassis Red from the factory. The paint shines up very well, does not appear to be any rust on the car externally or
underneath.