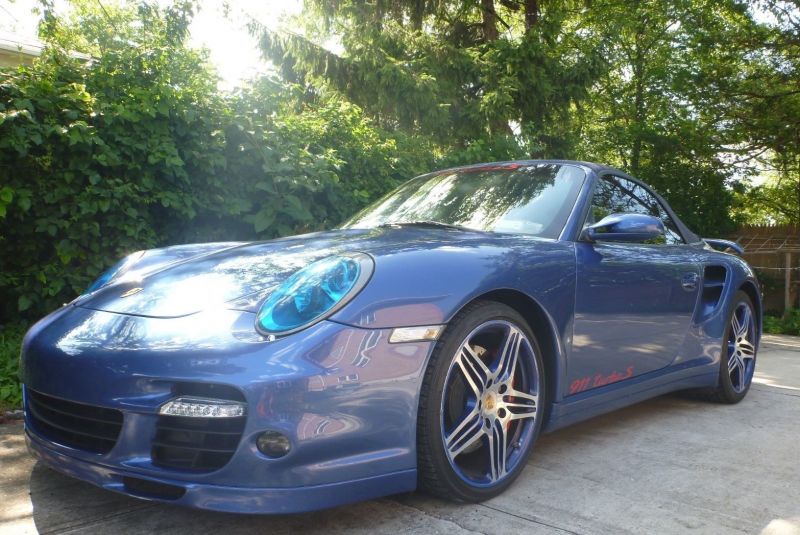 2008 Porsche 911 997 Turbo Cabriolet Convertible Blue. The car is loaded with options and has the auto shift tiptronic transmission. Due to the fact the title is branded (rebuilt salvage). Therefore, I am selling it a lot cheaper than all other same cars on the market. But once again, CAR IS IN BEAUTIFUL, EXCELLENT CONDITION INSIDE AND OUT.