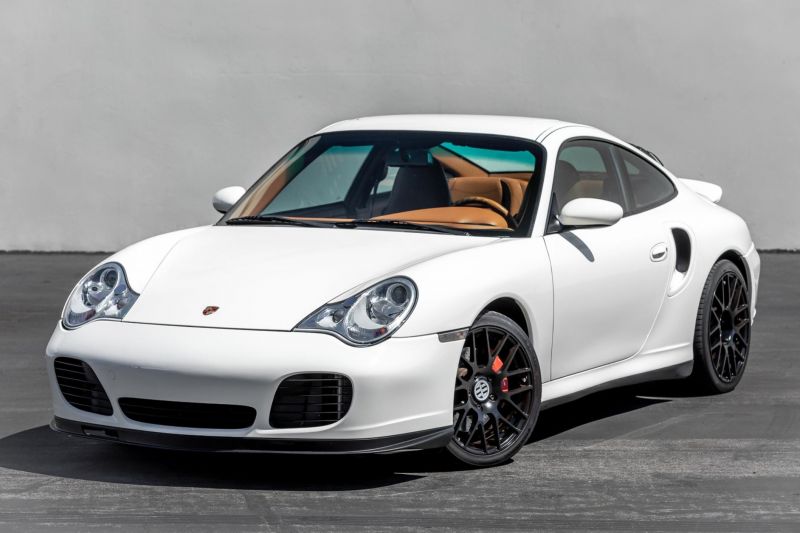 This 2001 Porsche 911 Turbo is finished in Biarritz White over a Natural Brown leather interior and powered by a 3.6L driving all four wheels through a six-speed manual transaxle. An aftermarket exhaust and 18 inch Victor Equipment wheels have been added, and options include light burl maple trim, heated seats, the Digital Sound Package, and a CD changer.