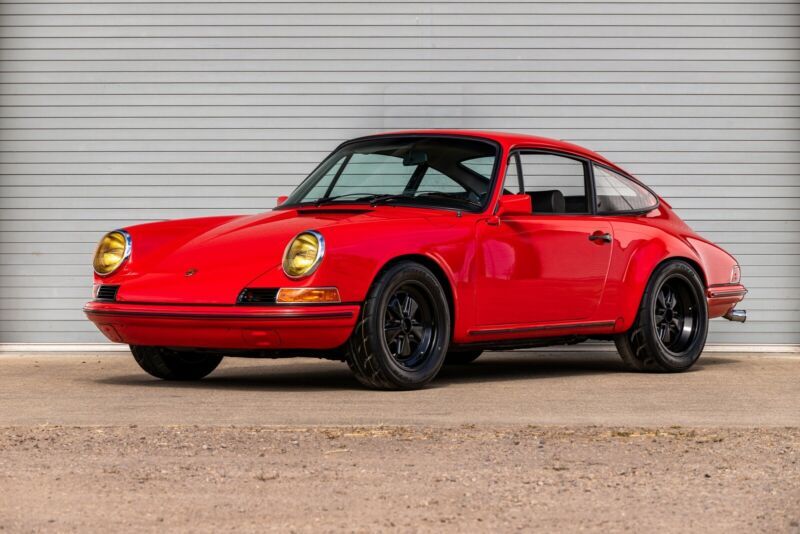 1968 Porsche 911Short wheelbase hotrod! This car was built in the late 70’s by Bay Area legend Willy Stryker.
Willy was a fabricator extraordinaire who built numerous hot rods and AMBR Award roadsters for decades. This was
his personal car that
I replaced a tired 2.2 T motor with a freshly built 2.4L “S” spec. with Weber’s. SSI heat exchangers, Carrera
tensioner’s, etc. The 5 speed 901 gear box was gone through, new clutch, cables, etc. suspension rebuilt with new
sport struts and shocks. Turbo tie rods and ventilated disk brakes all around. Factory Fuch 16X7”&8”. New
tires, fuel system rebuilt with new100 liter rally fuel tank. All lighting and switch gear have been restored. All
glass was removed and replaced with all new factory seals and trim. At the same time a factory headliner was
replaced with correct NOS early sun visors.