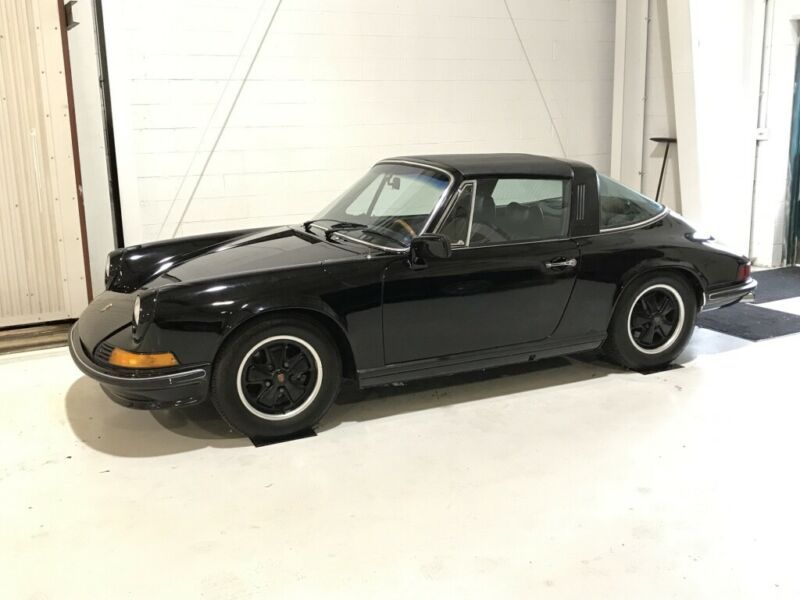 This highly desirable 911T has been maintained in climate-controlled storage and not driven in winter weather. It
was converted to triple black in the mid 80s and still has very good paint and interior. This model has the
original 2.4L engine with MFI mechanical fuel injection and a 5 speed transmission. It has black Fuchs alloy wheels
in excellent condition. It has a very solid body with only minor corrosion in the battery boxes. This classic
Porsche has been stored indoors and not driven for the past several years.