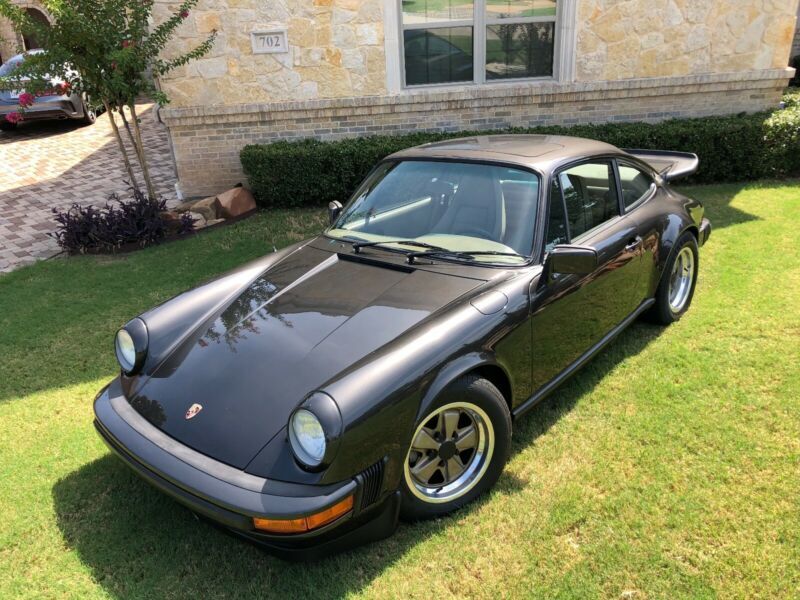 · 1 of 408 Weissach Limited Edition models and 1 of 204 in Black Metallic, the other two hundred were Platinum
metallic

· All Original
· Original paint, numbers matching on everything!
· Tires are new original size Perralli Tires
· Wheels are PERFECT - No curb rash, scratches, nicks, or dents
· NO oil leaks
· All Maintenance up-to-date
· Recent oil change
· Recent OEM Motor Mounts replaced
· Alignment dead on, no pulling, steering wheel sits straight
· Exterior is 9.7 out of 10-one very light scratch on rear wing (could be wet sanded and buffed out), one scratch
on rear under valance which would need touch up paint, and light rock chips on lower rockers of both sides
primarily behind the tire area
· Interior is 9.8 out of 10- Dash board shows a little waffling or wavy as most of these older 911 models do,
however there are NO cracks. The carpet is near perfect showing only very light-to-no wear. NO CRACKS, RIPS, OR
TEARS IN THE LEATHER.
· Engine has had all updates and oil bypass pipes installed
· EVERYTHING works properly INCLUDING the A/C. The A/C does have R134a and blows COLD
· The power antenna works perfectly going all the way up and down on its own
· Comes with Certificate of Authenticity, literature, original spare, original tool kit, original manual, original
warranty book, Weissach Brochure, and maintenance records