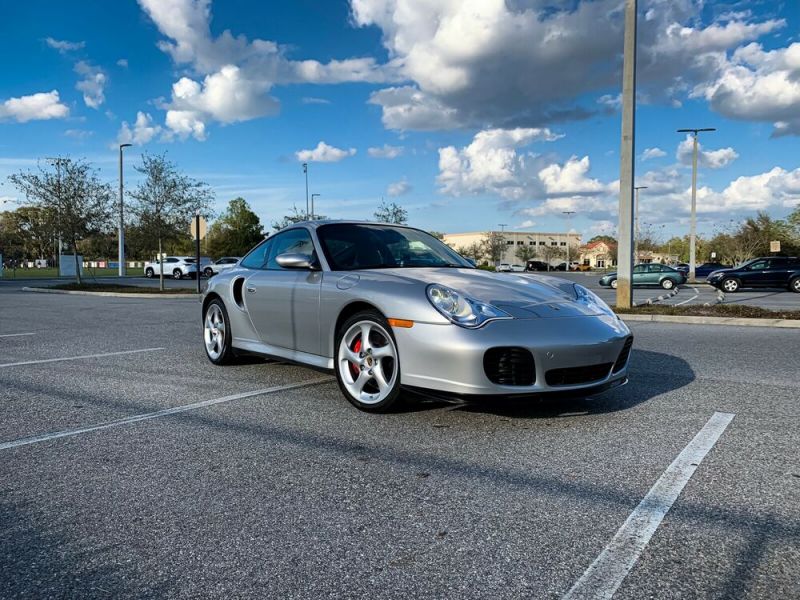 If you have questions email email me at: gidgetgddermo@ukuni.com .

2002 Porsche 911 Turbo (996) Tiptronic, car is in immaculate condition, inside and out, and all maintenance is up to date, all fluids have been recently flushed filled with Motul brand fluids, including Tiptronic , differential and power steering fluids, coolant has been flushed as well. During the service they also addressed the leaky blow off valves and upgraded the air filter with a dry AFE panel filter. New tires were mounted less than 200 miles ago and new alignment was performed by Porsche.

Currently the car is equipped with Cobb Stage-1 tuning, plus a TCU tune for the Tiptronic transmission, shifts super smooth, and fast, I can say it shifts faster and smoother than a Cambiocorsa single clutch. I have the optional Made in Italy TUBI Style exhaust that could allow you to bump the stage 1 tuning to stage 2 as well which would put you around that 500+ hp.

Tiptronic transmission is efficient, fast and shifts smooth, and Cobb enabled launch control for it too, best part is no loss of boost between gear changes. I drove both manual and Tiptronic 996s and I can say Tiptronics are way underrated, at the end of the day you have the same transmission from a Mercedes McLaren SLR, which is an AMG 5GTronic Speedshift. It is a bullet proof unit.

Paint is corrected recently and it looks beautiful, front bumper had some flaws from the front plate bracket ( previous owner over tighten it) but it was professionally fixed as well.

Car is fully loaded with rare options such as Natural Leather, which was almost $6k extra I believe, its superior than the regular leather, softer, and has a nicer grain.