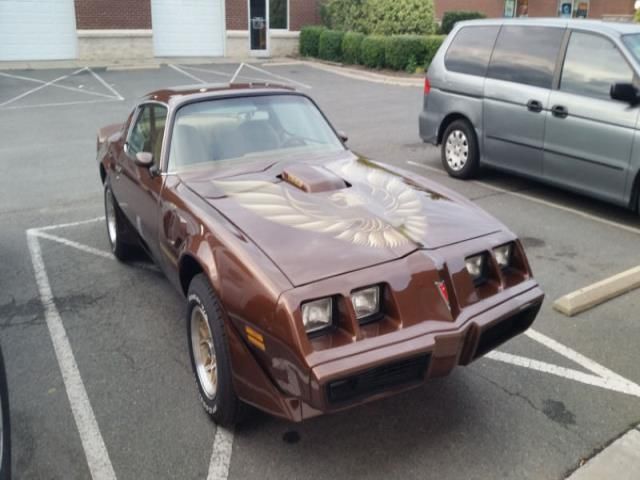 Message me at : vassili8gogdohrc@hotmail.com 1979 Trans Am W72 L78 400 4spd Heritage Brown PHS documented, Build sheet, completely restored a couple of years ago. A/C works, Hagerty Values Current Values #1 Concours $61,400 Condition #1 vehicles are the best in the world. The visual image is of the best vehicle, in the right colors, driving onto the lawn at the finest concours. Perfectly clean, the vehicle has been groomed down to the tire treads. Painted and chromed surfaces are mirror-like. Dust and dirt are banned, and materials used are correct and superbly fitted.