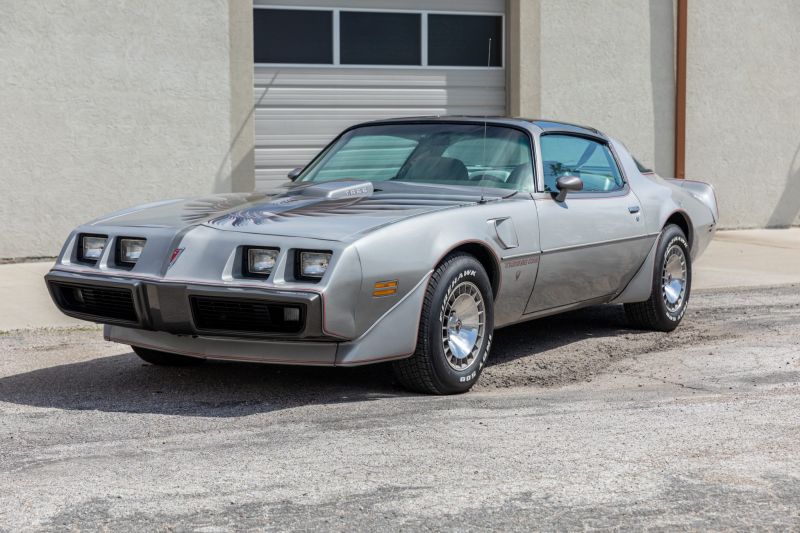 eMail me for more details : manejasfelix@yahoo.com The special 1979 Pontiac Firebird Trans Am is a 10th Anniversary Edition finished in silver and gray metallic over matching leather. Power is from a 400ci V8 paired with a four-speed manual transmission and a limited-slip differential. The car features : a shaker hood, air conditioning, power steering and brakes, the WS6 handling package, alloy wheels, and t-top roof panels.