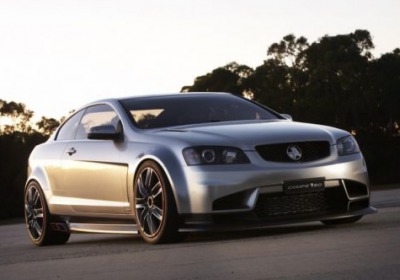 Bob Lutz was one of the forces behind bringing the Holden Monaro to the United States, as the ill-fated Pontiac GTO in 2004. And while that car received critical acclaim, it was a sales disappointment. Now, Road & Track is reporting that our suspicions were correct - Pontiac was working on a two-door, G8-based coupe before it was shuttered.

In that R&T article, which is no longer available online, Lutz explained that the new GTO would solve many of the issues found in the original. Car Advice speculates that the new model would have look like a rebadged version of the Holden Coupe 60 Concept from 2008, a conclusion we also came to.


That car would have been a big departure from the 2004 to 2006 GTO. It has an extremely long hood and short rear deck, with an almost fastback roofline and a wide greenhouse with a tall beltline. The wheel arches were very pronounced, and the chin and rocker panel splitters gave it a race-ready look. Would it have been enough to make the GTO work in the US? We think it might of, but it looks like we'll never know.

Take a peek at the full gallery of the Coupe 60 Concept, for a rough idea of what a newer GTO might have looked like.