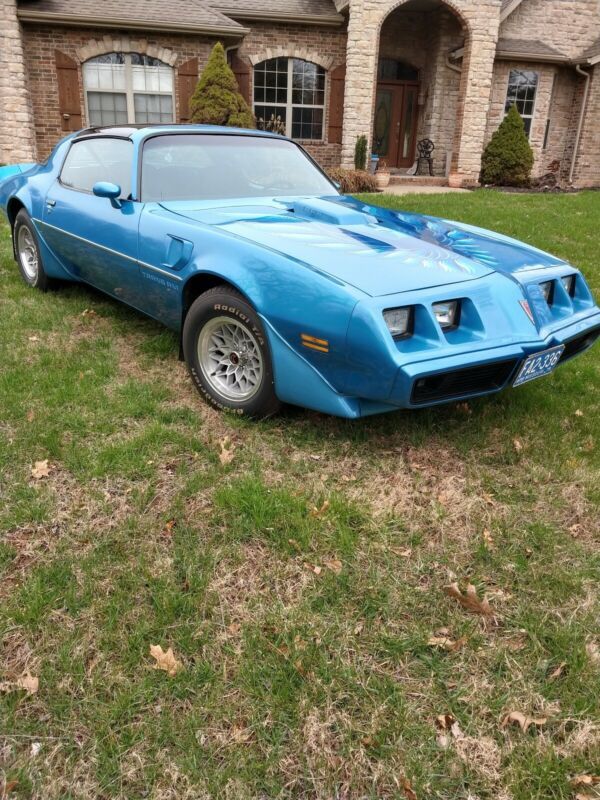 This is a 1979 Atlantis blue trans am has the desirable Pontiac 400 4-speed t-top deluxe hobnail cloth interior,
WS6 suspension package, power trunk manual windows crack free dash, heat and AC work. This car runs and drives
great a lot of the paint appears to be original but not sure I know there is absolutely no rust. Comes with a
notebook full of documentation such as the owner's manual and warranty information, the build sheet, the
original window sticker, PHS documentation, all wheels are in great condition paint is in very presentable
condition All Glass is in good condition,