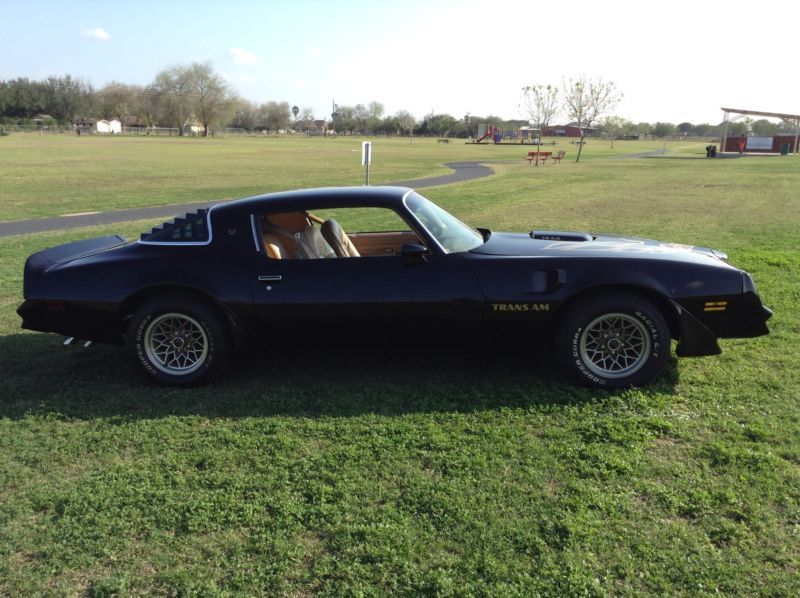 EMAIL : suvageharter@yahoo.com You are looking on a stunning 1977 Trans Am. Only 58000 original miles all numbers match and even the interior is 100% original down to the carpet. The car was repainted with a very high end finish in the original code 19 black with gold decals. Everything on the car works absolutely perfect. The engine retains all of its factory equipment and has never been opened. The carb is the original Qjet and in the years I have owned the car it has never skipped a beat. AC , wipers, horn, lights, and all power items work as they should. Don't miss your chance to own this amazing machine today. All serious offers will be considered.