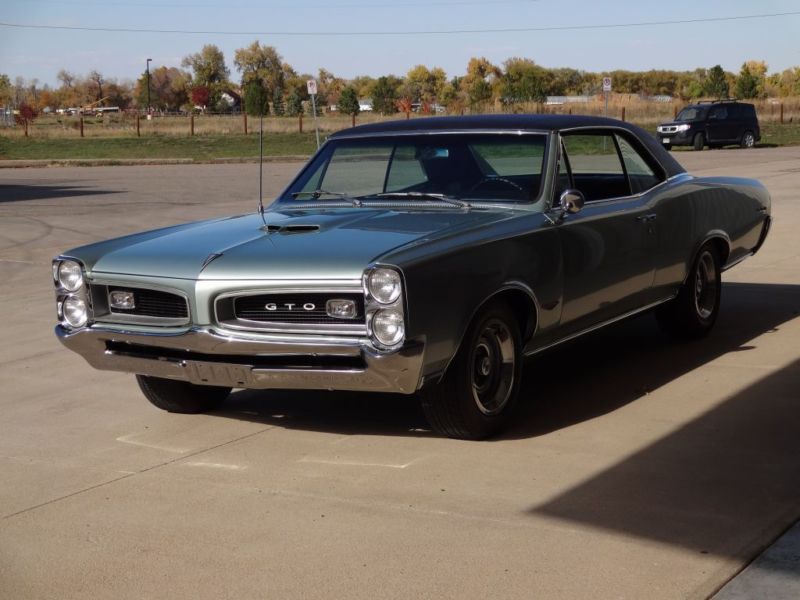 1966 GTO Tri-Power Automatic It has the original drivetrain including starter and alternator Engine and trans have been completely rebuilt. The car has had a complete frame off restoration and has been painted in the original Palmetto Green Color I have the Original Title Brake Shoes: are the Kevlar and Ceramic, by Muscle Car Brakes. Unbelievable stopping power! All weatherstrips, window channel and track felts replaced, vent window, trunk, and door rubber seals replaced. Floor soundproofing and carpets replaced. Front seat covers are new with preformed seat foam Instrument panel new real walnut insert (best I could find) Firewall; heater box and steering column seals replaced Car runs very strong, drives excellent and sounds great!