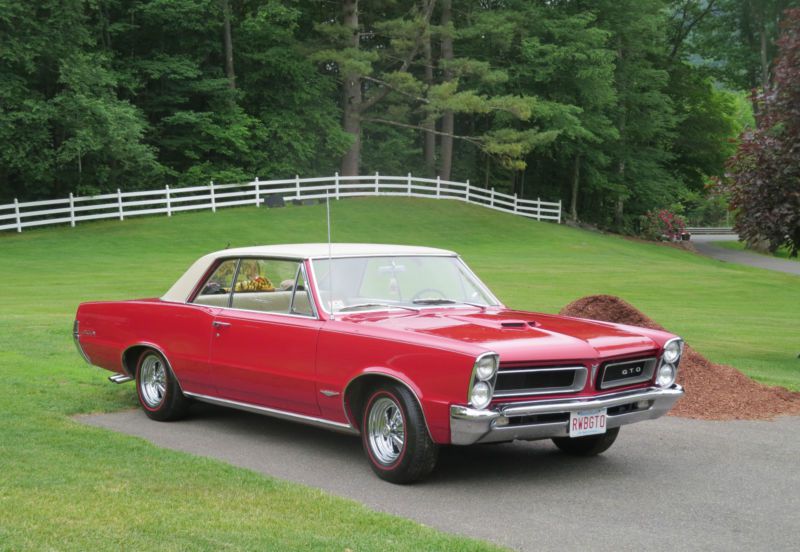 If you have any questions please email at: ioneisspranger@blackburnfans.com .

Original Window Sticker to Sherometa Pontiac, Greenfield, Massachusetts - This vehicle was purchased by the current
owner's brother, the current owner took possession when his brother passed away.

In 2006 the car was put on a lift, all hoses, gaskets, fuel lines, brake lines and belts were replaced with OEM
parts.
The exhaust was also OEM replaced.
The fuel tank was scoped and found to be in excellent condition, it is original to the car.
All documentation is available.

Has always been stored indoors, never driven in the winter.
There is no rust on this automobile.