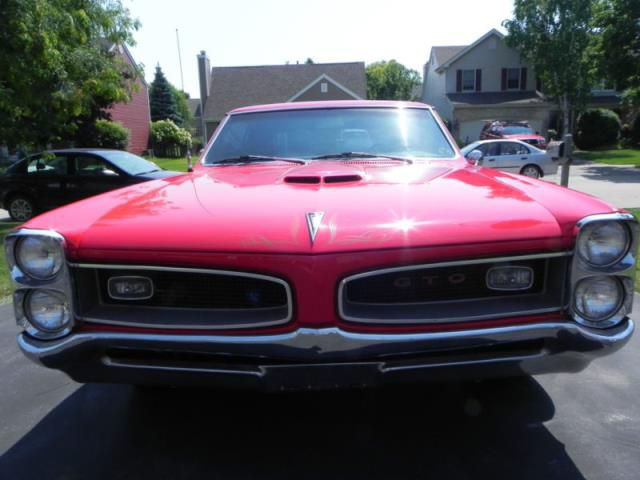 This true GTO has been beautifully restored. While this was a southern car, there were some modest spots of rust, which were completely removed and the appropriate panels replaced. This includes the following components replaced in the past year: front floor, lower rear quarter panels, and trunk. The body is straight and the panels are all well aligned. The deep glossy paint looks great up close and personal. Professional pin striping and tinted windows are very well done and distinguish this classic as truly unique. This car is powered by a Pontiac 400 cubic inch engine, which was professionally rebuilt with a Crane pro-street cam, high performance heads, Edelbrook intake, Holly 4-barrel carb, and Hooker headers. The automatic transmission is a strong Turbo 400, and she will burn rubber if you hit second gear hard. The rear end is a 12 bolt posi-traction 3.36.
Feel free to call or email with any additional questions : edithgriffithh@vfemail.net