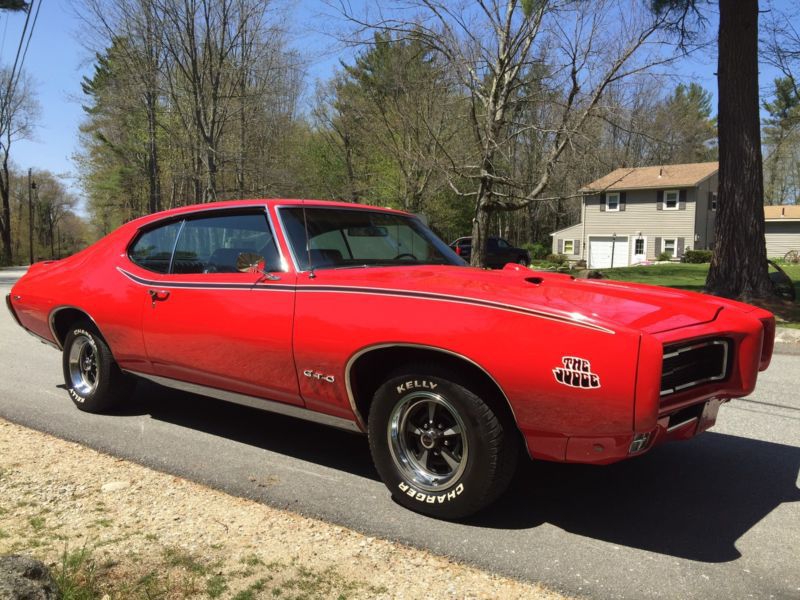 ANY QUESTIONS JUST EMAIL ME: remawesolick@netzero.net .

1969 Pontiac GTO (242) Gorgeous with Judge striping an badges, powered by a STRONG 400-4 nom with a mild cam,
Hooker headers, Edelbrock Enforcer rpm intake, and an Edelbrock 750 cfm carb. Power steering, and Power front disc
brakes. It has an auto trans that shifts perfectly quick, Posi 3:55 gears. Hide-a-way head lights, along with a
hood tach and Judge rear spoiler. 14" factory wheels white lettering Kelly radials in perfect condition. The
interior was redone with seats an carpet, partial copy of bill sheet. originally a factory A/C car no longer with
compressor brackets. This is a laser straight body GTO with no patch work, the paint shines like it is wet and with
zero orange peal. Everything on the car works except the AM radio, but the clock does work The exhaust system is
new and has a beautiful mellow tone to it assisted by the Hedman long tube headers so sweet.... Rear spoiler and
hood tach. If your looking for a TRUE GTO that is beautiful top quality condition this is the one.