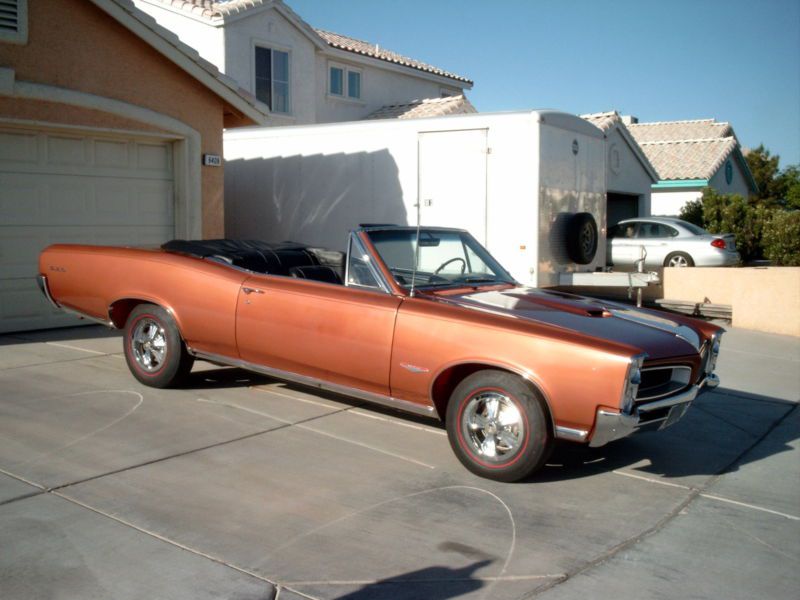 this is a perfectly restored 66 gto convertible.this was a special order car in 66 it was ordered with special color called copper blaze.the color was for pontiacs only and not used on any other gm car in 66.car was also ordered with 3.90 rear end gears instead of the stock 3.55 gears .this is a early production car built the third week of december 1965.as i was restoring the car i added some extras witch are correct and could be ordered with the car in 66.they are as fallow== . power steering power brakes tilt steering column very rare red wheel well liners front and back correct am/fm radio original restored hurst wheels with firestone wide ovel red line tires.this car is a original ram air car the new convertable top is electrical. and the motor pump,lines and rams are allnew also car has all new wire front to back car has ralley guages and wood grain sports steering wheel.