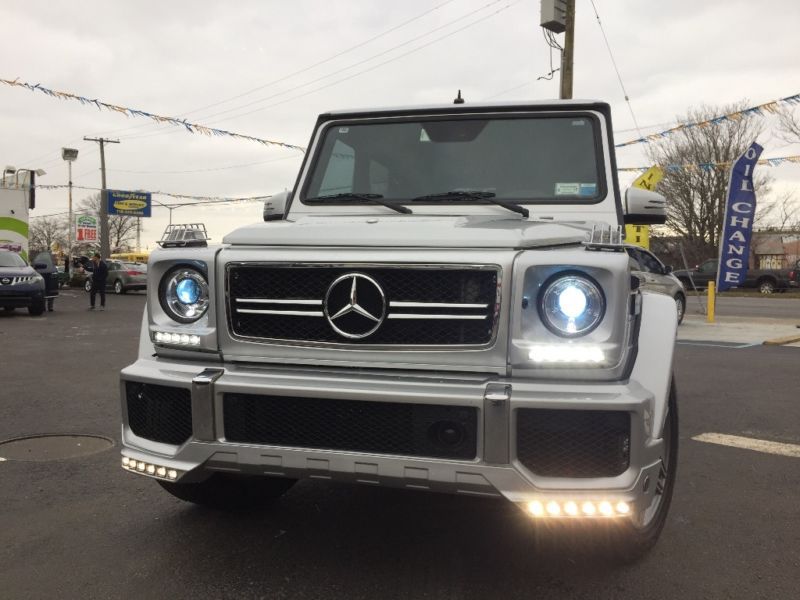 For more details email me at: noheminbbackey@borofans.com .

This is a very clean 2003 g55 amg with a g63 exterior upgrade with brabus lip. The interior show very well with
minimal wear for its age and mileage. The exterior also shown very well but has it's expected wear and tear. Some
scratches and chips here and there. The most notable scratches are located on the drivers fender. Most of the
lights have been upgraded with leds. The headlights are bi xenon. The headliner was redone in black suede. The
radio has been upgraded to a factory fit unit that has Bluetooth and navigation. The steering wheel controls also
work for the radio. New pirelli tires and rims were installed about 3,000 miles ago. All of the service has been
performed and is up to date. The truck runs and drives well for it age and mileage