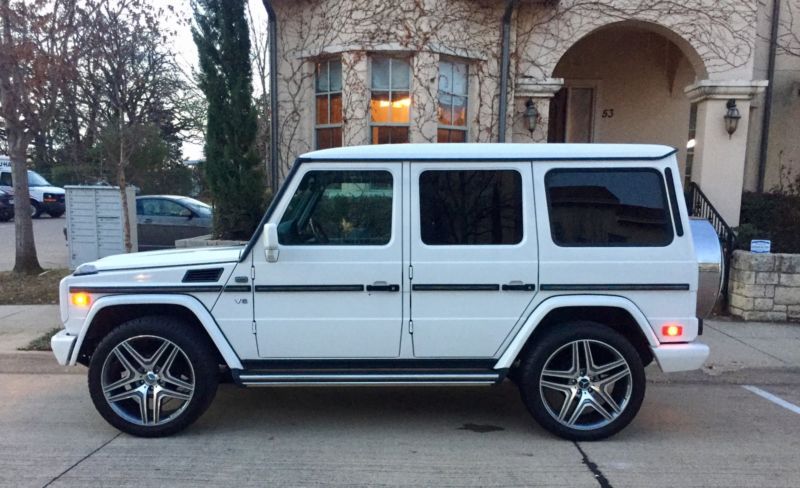 Mercedes G500 2002 $20000 in upgrades. $12000 G63 wheels with new tires. $8000 in custom speakers and sound.
Priviously owned by a current professional athlete. Very rare white/gray !!!!16k Original Miles!!!! Clean car fax
One of a kind no issues, like new. The headlights, fog lights, turn signals, engine, hood liner, inside the trunk
all look like new. This is a Barrett Jackson car collectors quality. If you want the best and lowest mile g500 in
the United States this one is for you.