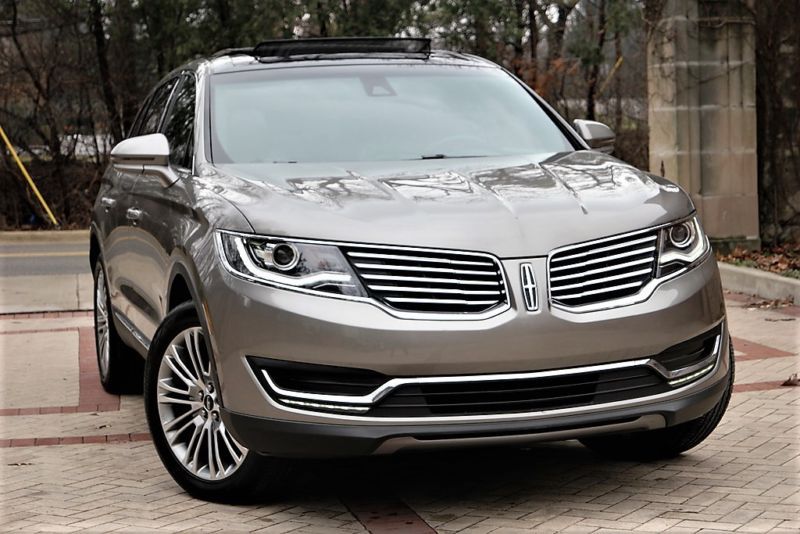 2016 LINCOLN MKX AWD
WHEN ELEGANCE AND INTENSITY CONVERGE, REMARKABLE IDEAS TAKE SHAPE. LINCOLN MKX EXEMPLIFIES THIS PROGRESSIVE WAY OF
THINKING. FROM THE MOMENT YOU SLIP BEHIND THE WHEEL, A FEELING OF QUIET CONFIDENCE WASHES OVER YOU. WITH ITS
EFFORTLESSLY ENGAGING DRIVE, THE 2016 LINCOLN MKX INFLUENCES YOU IN WAYS THAT ARE TRULY EMPOWERING. WAYS DESIGNED
TO INSPIRE EXTRAORDINARY DRIVES AND EXCEPTIONAL EXPERIENCES.
Available Intelligent AWD uses sensors to constantly monitor traction. It delivers torque to the front and rear
wheels to enhance handling and maximize traction, typically before wheelslip can even occur.
Now you have access to the cargo area even with your hands completely full. With the Lincoln MKX key fob snug in a
pocket or purse, simply kick your foot under the rear bumper. The hands-free liftgate effortlessly opens to reveal
the rear cargo area. Press a button on the liftgate or kick your foot under the rear bumper and the liftgate
smoothly closes.