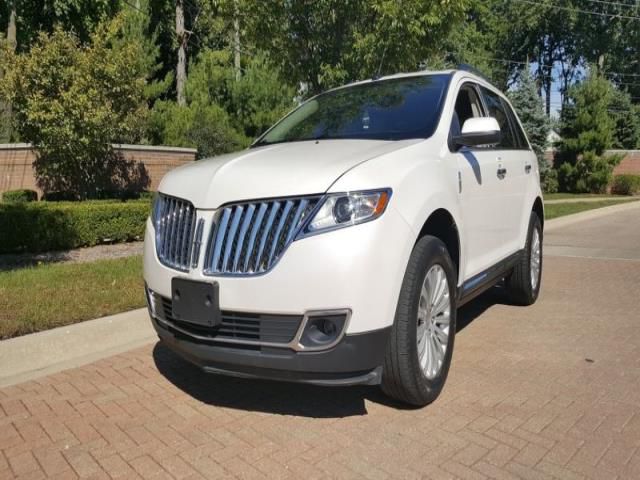 2014 Lincoln mkX This Lincoln mkX is very clean and looks like new. You must see in in person and you will love it It was very well kept and all the maintenance up to date Always had oil changes on time and never went over Starts right up and everything works as it should Just get in and drive it across the country if needed Drive-train The engine is a 3.7L six cylinder engine making 305HP which makes it very powerful. The Transmission is a 6-speed automatic transmission making it very smooth shifts and pleasure to drive Front Wheel drive Four wheel Disk brakes which stops this SUV on the dime. Options The interior is covered in beautiful clean tan leather seats Has everything power such as mirrors windows and locks. Heated and cooled seats Touch screen audio, sync, navigation and climate control Power Tail gate There are a lot more options to this van but the list could go on and on Push to start Keyless entry and exit Important Information The vehicle has a rebuilt title due to an accident that happened earlier this year The left side doors were damaged along with the fender which have been replaced See last pictures in the description as the car sat at the insurance auction Nothing was damaged in the front. the engine and transmission were untouched The left fender and doors were replaced along with the strut, control arm and tie rods on the left front And then the car was aligned to make sure it drives perfect on the road The insurance company declares a car as a total loss for cashing out the owner. The vehicle is then sold by the insurance company and issued a salvage title until its fixed After the Vehicle is fixed and inspected by the state (making sure the repair is done correctly) the state then issues a rebuilt title With the rebuilt title you can insure and register the car just as a clean title.   This Lincoln was fixed the right way and no short cuts were taken if you come see the car you will not even be able to tell that this car was ever fixed or damaged in the past Every bolt, clip, and plastic piece was put back as it was from the factory and restored to its original state

Submit Your Questions for Autoblog Podcast #403

We're set to record Autoblog Podcast #403 this evening. Check out the topics below or drop us your questions and comments via the Q&A module. And don't forget to subscribe to the Autoblog Podcast in iTunes if you haven't already done so. To take it all in live, tune in to our UStream (audio only) channel at 10:00 PM Eastern tonight.
Discussion Topics For Autoblog Podcast Episode #403
Ford investing $5B in Lincoln