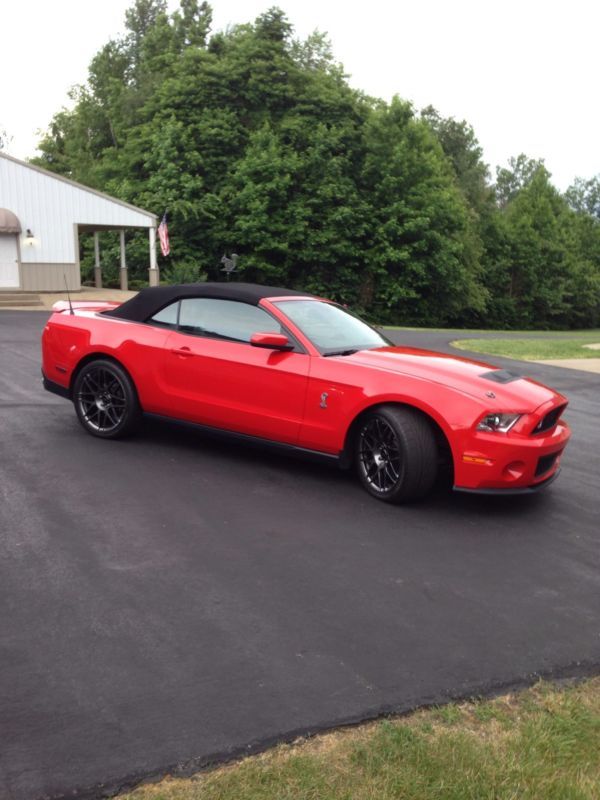 I'm selling my 2012 Shelby GT 500 Convertible that is in flawless condition.
You will not be disappointed.  Climate controlled garage -- Recaro seats! --
never been in rain -- like brand new.
Things added:
Axle back SLP Loud Mouth exhaust (I have factory exhaust -- in perfect condition -- goes with the car)
Hood cable/clips (strictly cosmetic)
Light Bar