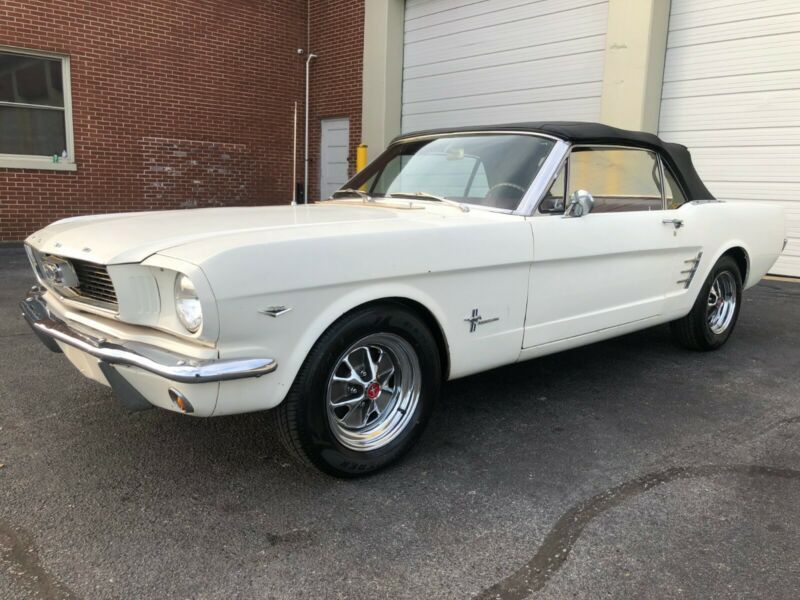 1966 Ford Mustang convertible come with a completely rebuilt 289 c.i engine as well as a C4 automatic transmission
with power steering. This classic mustang has had a lot of work done over the previous few months. The suspension
and braking system have been completely gone through including: new leaf springs, shocks front and rear. New
exhaust from the exhaust manifolds to the rear
The undercarriage was sand blast and properly resealed. All metal underneath is in very nice shape. No rust or rot
on the car. The interior was also completely redone in a correct 66 Dark Red, New seat upholstery with foam, new
carpet, new dash pad, new door panels and accessories.