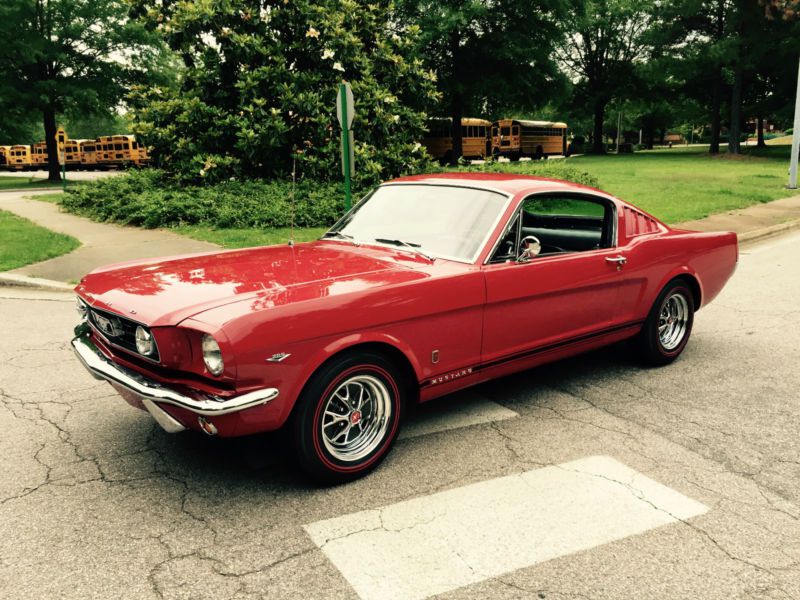 Just email me at: delenadhheberle@speedfreaks.org . 1966 Mustang GT Fastback A-Code 4 Speed, fully restored, everything is new, interior, exterior, just spent over $6000 on paint, excellent show quality finish. Brand new exhaust system with correct through valance exhaust tips, HIPO exhaust manifolds with ceramic coating. Original 289 Matching numbers motor was Just rebuilt to Stock specs. Brand new dual redline tires on factory style steel wheels. Everything on this car works as it should , all gauges, lights, exc., this car needs nothing. The motor runs great and the 4 speed transmission shifts with ease with no issues, carb. is the correct Autolite 4V. This car is a true GT, has the correct punched out holes in the radiator support, the GT light switch is in its proper location, has the added supports for the dual exhaust under the rear seat, has disc brakes, heavy duty sway bar, and the right coded steering box for a GT Car manual steering {HCC-AX}.