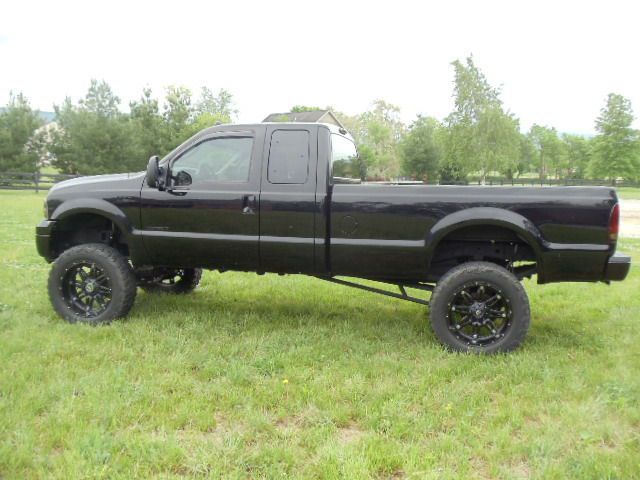 If you have any questions or would like to view the car in person please email me at: margitmssweetser@turbonutter.com .

For sale is my 2000 Ford F250 xlt with the 7.3l diesel engine, auto trans with only 120K miles. I have owned this
truck for 6 years. If you are looking for a very nice, clean, RUST FREE 7.3L truck with many extras than this is
the one. Its going to be very very hard to find one that compares.
-This truck has 122,xxx miles still going up as I still drive it
-O leaks I mean 100% LEAK FREE as in no drips no wet oil pan, trans pan, etc.
-Until 3 years ago when we moved to this new house it was garage kept including myself and the previous owner.
-this truck is COMPLETLY rust free and dent free.
-in the 6 years I have owned this truck it has NEVER been drive in the winter months, I think the road salt has a
lot to do with vehicles rusting and with me having a work truck I was able to let this on sit to keep it rust free.
-05-07 front end conversion with ALL ford OEM parts including front bumper, grille, headlight mount panel,
headlights are Harley Davidson edition
-08 and up rear bumper
-ALL fluid have Amsoil oils including engine, trans, transfer case, rears, brake fluid, and power steering.
-coolant has been flushed with new peak antifreeze
-35% tinted windows
Performance wise and extras
-7" lift kit with a combination in the front of a lift shackle kit with lift leaf springs. So the front only has
two leaf springs just like the truck did stock, to keep the ride nice compared to other kits where some have 8 leaf
springs.
-37" kumho tires with 22" fuel wheels
-crossover steering and pan hard bar kit
-customs made traction bars
-aftermarket heavy-duty one piece rear drive shaft
-dual steering stabilizers
-extra deep transmission pan
-extra capacity rear diff cover
-external spin on transmission filter kit
-auto meter egt, trans temp, boost, and fuel pressure gauges
-drilled and slotted brake rotors front and rear
-trailer brake controller
-6.0L intercooler
-5" exhaust
-full force diesel 2.5 stage injectors
-terminator dual high pressure oil pump
-comp cams valve springs
-A1 head studs
-regulated returned fuel system
-air dog fuel pump feeding a fuel lab fuel pump
-gtp38R turbo
-dp tunner chip
-transmission has shift kit that shifts perfect and has never had a temp higher than 180*
Parts installed on this truck that were not performance wise were bought straight from Ford dealership, no advance
auto no autozone etc.
I have over $20,ooo in extras on this truck not including any labor bills, And with all receipts to prove it.
The truck is located in smithsburg, md 21783