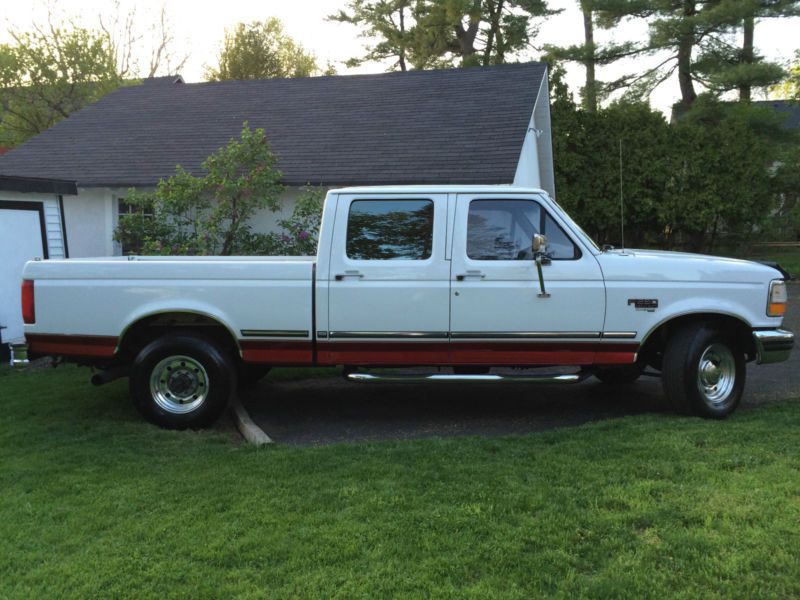 More infos regarding my car at: maritamddehaven@artsociety.net .

1997 Ford F-250 Crew Cab PowerStroke
7.3L Power Stoke Turbo Diesel
No Rust Arizona Truck
Rear Wheel Drive
Short Bed - 152 in Wheelbase
219,000 Miles
Exterior Color: White with Dark Red Rockers
Interior Color: Light Grey Cloth
Air Conditioning
Cruise Control
Tilt Wheel
Power Locks
Power Windows
AM/FM/CD/MP3 Radio
Dual Fuel Tanks
2 Wheel Drive
This no rust Southern truck, which spent the majority of its life in Arizona, The current owner purchased the truck
in June 2013, with 73,810 miles from a specialty dealer in Grand Junction Colorado. The truck then spent the
majority of next three years in Florida and Georgia. The truck is not a Garage Queen and was not a Work Truck; it
has some normal wear and tear like rock chips, little dings, interior wear, and scrapes in the bed.
The vehicle has a Florida Title
The vehicle is located in Peapack-Gladstone, New Jersey 07977