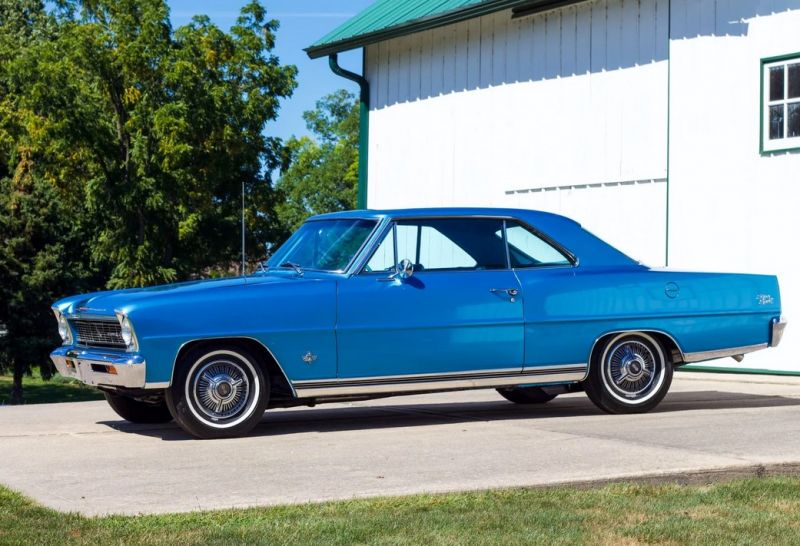 We promote online ads for private sellers. If you need more info about this vehicle you can ask the owner at : diablotoyota1@hotmail.com. Do not email us directly because we will not respond.
The 327ci L79 V8 is topped by a chrome air cleaner and wears valve cover decals indicating that it was rated at 350 horsepower when new. The car is equipped with an aftermarket high-torque starter in addition to tube headers feeding a dual exhaust system.


Power is sent to the rear wheels via a four-speed manual transmission. Traction bars have been added to the rear mono-leaf springs. The fuel tank was replaced in 1998.